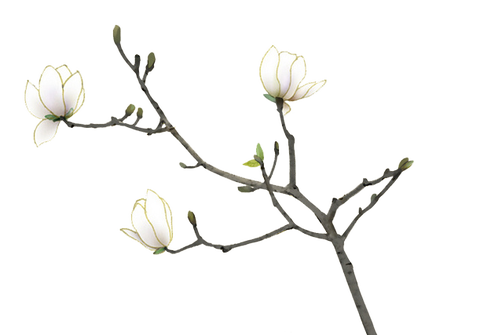 was Good. Sunflower roots lay smoked on a bed of moss

over sea-flattened stones and sealed in a cedar box, like a tiny

coffin on the china: the unpent

smoke outpuffed its alderwood burn on our cheeks.

The constituents of a thirty-year marriage

and strange. We assembled them as if we had never

of herring roe scooped up on branches of hemlock .

where now was their sting?

To name an island for the very idea

of an island: its insularity, its

the restless aqueous -- so its name

insisted it was what it was.

The name of the marriage had come to be Angry Teen .

The name of the marriage had come to be Did We Fuck Up.

Skunk cabbage burst all over from the roadside murk,

more xanthic than sunflowers or than noon sun, more

skunk-scent-insistent than skunks. The decedents

of the earliest settlers, said the brochure's typo, still live on the island today.

So the dead walk here, all

pent in by what they are not.

The island was Island Island. The god

in the beginning He made each thing, it seemed

to startle Him to realize

it was good, as if good

were something else He gave birth by merely

having it in His mind.

Glimmers of saltwater poured off the clay and marl

in the wet. Is land was born.

We smoothed and refrosted the marred

crust of what we'd made, and

the idea of marriage was reborn, the idea

The chef came to our room to fix the unstoppable furnace.

to fiddle with the gas-blast. Dolce far niente painted on the wall.

The sweet accomplishment of nothing.

Only when God began to do, after untimeable stasis,

did He find out how good

tick of skunk cabbage and its stench, and

sunflower root and the dark box it huddled in -- might be.

from descendent, motherfather from son. Somewhere, even here, a furious

angel struggles in air to aim his chalice

exactly to catch each blood-spurt off the cross.

It must be saved. In three days the decedent will live

again and want back His blood. The island's name

in some no-longer translatable tongue was said


were all that an island could be. The name of the marriage, as if

we made it, by calling it, so